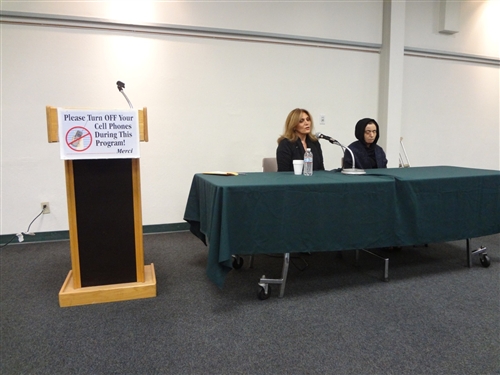 In early June of 2012, Ms. Yassi, Niku Board member along with Somayeh, a 29-years old woman and a Domestic Violence (Acid Splash) victim, came to the Bay Area for a couple of informational & fundraising events.
The first night, we were at Bonyad Towheed in San Jose, where more than 40 caring friends supported Niku and its Goals & Objectives. Somayeh received a lot of love & attention. People showed interest in learning how they may help her and Niku Charity.
Mr. Bazargan, who was the lecturer on that day, cut his speech short and gave us most of his time. We talked about Niku’s guidelines, mission & vision, recent activities, and future projects. A slide show was shown, which impressed upon the audience, the urgency & importance of the victims’ immediate needs.
This program was followed-up at Islamic Cultural Center of Northern California, ICCNC in Oakland, on the next day. Many dignitaries like Mr. Bazargan & Dr. Soroush were present to support Niku’s cause, goals and the plan for the future.
In Oakland, as well as in San Jose, people were quite helpful and generous, which made the weekend successful & effective.
More than $8,300 were raised in both events.