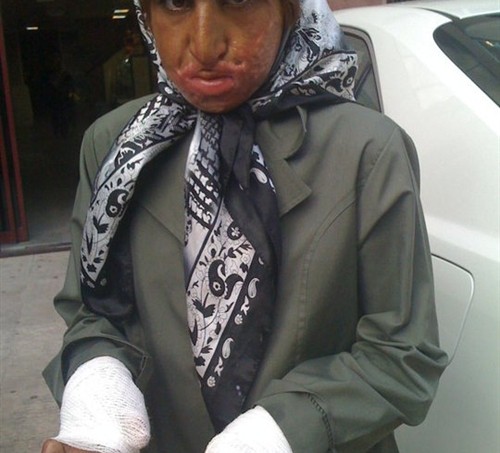 Somayeh is a twenty seven year-old woman who resides in the village of Asad Abad, near Hamedan, Iran. As a result of a fall from a rooftop as a child, Somayeh suffers from traumatic brain injury and has lost the ability to speak however she can hear. Somayeh also suffers from seizures following the accident. In the fall of 2010 Somayeh was sleeping alone in her house when she accidentally knocks over the portable heater in her room which ignites a house fire. Somayeh suffers burns to her face, both hands, both ears and most of her body. Emergency care provided at the Besat Hospital in Hamedan costs nearly five and a half million tomans (Iranian currency). Nearly a year ago we learned of Somayeh by coming across a plea for aid for her and her family which was published in the local newspapers. We contacted Somayeh’s family and extended our readiness to help. Until today, Somayeh has undergone several surgical repairs to the hands and face however she still has a long way to go. Unfortunately, due to complications such as gangrene in the upper extremities involving the bones, the attending surgeon has recommended to stop all surgeries at this time to the arms and hands. Somayeh is able to continue to undergo facial repair procedures. Somayeh’s family is currently under a significant amount of financial pressure and due to falling behind on their mort