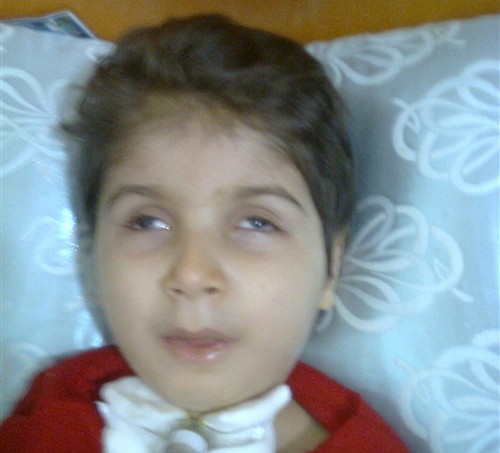 Mitra is a six year-old girl who from early childhood showed symptoms of an unknown illness which progressively took away her ability to move, speak, hear and see. Mitra has been in a vegetative state for the past four years. Her food is given to her through a tube in her stomach and her breathing is most often performed by a ventilator. Mitra’s father passed away three years ago and her mother takes care of her and her nine year-old brother. They have no income and survive with the aid of a charitable organization and help from the people of the community. We have not been able to help provide Mitra with any medical care since the medical community has announced her condition as untreatable. Mitra’s mother is unable to work since Mitra  needs round the clock attendance and care. We have tried to as much as possible help Mitra’s mother with financial assistance since their medical expenses are overwhelming.